Have you ever asked yourself how long is Vodacom airtime valid? Yes, I know you have never thought of that, but it is something you should know, as it will help you make good use of your airtime.

In the meantime, we are here with an interesting guide with full details about airtime validity on Vodacom.

Airtime is very important to every cell phone user, and whether you like making calls or not, you need airtime.

People often think that airtime is meant for calls only, now the narrative has changed, and you can purchase data, voice bundles, and SMS packages with airtime.

So airtime, in general, isn’t all about call credit, but it’s electronic cash. However, telecom companies’ main priority is for their subscribers to buy as much airtime as possible, and that is because most of their revenue comes from airtime purchases.

For that reason, any airtime purchase you make on Vodacom is valid for a specific period.

Also, one thing you should know is that the validity of airtime is dependent on how you acquired it.

How Long Is Vodacom Airtime Valid

How long your Vodacom airtime is valid may depend on how you purchased it, either using a voucher, airtime advance(borrow), extra time, contract airtime, and many others.

That is because airtime bought on a contract is valid as long as the contract is active. Usually, regular airtime purchased on prepaid SIMs has more time before it expires.

However, if the contract is renewed before it expires, accumulated airtime from the previous contract is rolled over to the next.

Airtime advance does not have an expiry date as it will be deducted from your balance on your next airtime purchase.

As we all know, it is airtime you have borrowed and in your next recharged you must pay it, so until you have bought credit you can still use it.

That is all you must know about airtime validity on Vodacom. 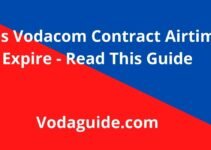 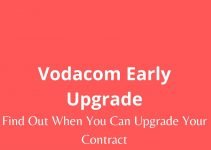 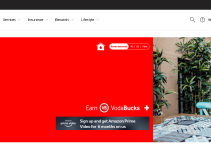 We use cookies on our website to give you the most relevant experience by remembering your preferences and repeat visits. By clicking “Accept”, you consent to the use of ALL the cookies.
Do not sell my personal information.
Cookie settingsACCEPT
Manage consent

This website uses cookies to improve your experience while you navigate through the website. Out of these, the cookies that are categorized as necessary are stored on your browser as they are essential for the working of basic functionalities of the website. We also use third-party cookies that help us analyze and understand how you use this website. These cookies will be stored in your browser only with your consent. You also have the option to opt-out of these cookies. But opting out of some of these cookies may affect your browsing experience.
Necessary Always Enabled

Performance cookies are used to understand and analyze the key performance indexes of the website which helps in delivering a better user experience for the visitors.

Analytical cookies are used to understand how visitors interact with the website. These cookies help provide information on metrics the number of visitors, bounce rate, traffic source, etc.

Advertisement cookies are used to provide visitors with relevant ads and marketing campaigns. These cookies track visitors across websites and collect information to provide customized ads.

Other uncategorized cookies are those that are being analyzed and have not been classified into a category as yet.

SAVE & ACCEPT
Go to mobile version