Home
How To Guide
Vodacom SIM Only Deals 2023/2024, How To Buy Data SIM Only Contract

So, let’s begin with what is Vodacom SIM-only plans.

What Is Vodacom SIM-Only Deals

How Does Vodacom SIM Only Contract Works

Customers are allowed to choose and sign up for any of those contracts, and once all agreement has been reached, Vodacom will deliver the SIM card only to customers with the plan that comes with it.

How Do I Apply For Vodacom SIM Only Contract

To successfully apply for Vodacom SIM only deals, follow the steps below:

2. Scroll down to the bottom of the site.

5. A drop-down menu will pop up with an upgrade, browse all devices, and you will see SIM Only.

7. A catalog of all Vodacom SIM-only deals will display.

8. Carefully go through all the available SIM only contracts on the page.

10. Next, click on “Start checkout” and complete your order.

That is how to ally for Vodacom SIM-only contracts.

This easy and simple Vodacom Guide Was Last Updated on January 30, 2023 by Editorial Team

Please you are encouraged to visit this Telcom guide “https://vodaguide.com/vodacom-sim-only-deals/” regularly for updates and any possible changes that we may make to the article. In this month of March 2022, we are going to guide you step-by-step with lots of articles on Vodacom, Vodafone as well as other Telcos in South Africa. Read more below. 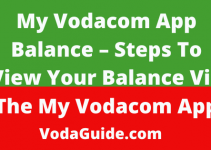 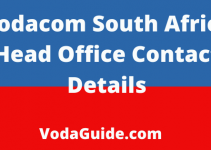 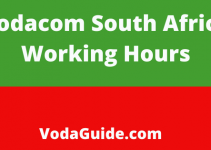