Home
How To Guide
How To Cancel Vodacom Contract, 2022 – Terminate Contract With Vodacom

Are you already getting tired of paying high monthly fees for your current Vodacom deals and want to cancel your Vodacom contract?

Vodacom offers one of the best contract plans to its customers, and it has set the tone for many of its competitors to follow.

It must not surprise you that Vodacom always leads in the contract deals business.

Many Vodacom customers are satisfied with their contract plans, Also, a lot of people have been contract customers on Vodacom for more than 15 years.

It shows you that the flexibility and satisfaction that exist with Vodacom contracts deals are immense.

Even though many feel comfortable with Vodacom contracts, including data deals, SIM-only deals, cell phone contracts, and many others, some may not be satisfied with their services.

However, some Vodacom contract customers may no longer be interested in their contract due to so many factors.

Such factors include the inability to settle their monthly fixed fees, and also, whether the customer may be about to leave the country, or they did not get what they wanted.

Due to such instances, Vodacom allows contract customers to terminate the contract at any time.

But how do you end your contract with Vodacom? Read the details below.

To cancel a contract with Vodacom is the procedure a contract customer must go through to terminate their deal with Vodacom before or after the initial period expires. Which is the first 12 or 24 months.

So, to terminate a Vodacom contract means you are signing out of your contract with Vodacom before or after your plan.

Once a customer has canceled their deal with Vodacom, they will discontinue all the services they offer, such a customer.

Will I Pay A Fee When I Cancel My Contract?

Yes, you shall be charged a fee that will be determined by Vodacom before your contract will be terminated.

Also, before you can cancel your Vodacom contract, both parties must agree on a fee the customer should pay before the contract is canceled.

How To Cancel Vodacom Contract?

To successfully cancel your Vodacom contract, follow these basic steps:

1. Find out the reasons why you want to terminate your contract

2. Ensure that contract cancellation will not incur losses to you.

3. Once you are ready to terminate your Vodacom contract, you must contact their contract and upgrade department on 082 1958.

4. Make a request to cancel your Vodacom contract.

5. You may be asked a few questions on why you have taken such a decision.

6. After you have requested to terminate your Vodacom deal, you shall be told the procedure you must go through to end your contract

7. Also, you will be told the amount you must pay as a fee to cancel your contract.

8. Now, pay the Vodacom contract cancellation fee and show them your proof of payment.

9. Once Vodacom has confirmed your payment, they will pass you through the right process to terminate your contract with the company.

That is how you can cancel your Vodacom contract.

This easy and simple Vodacom Guide Was Last Updated on January 31, 2022 by Editorial Team

Please you are encouraged to visit this Telcom guide “https://vodaguide.com/how-to-cancel-vodacom-contract/” regularly for updates and any possible changes that we may make to the article. In this month of March 2022, we are going to guide you step-by-step with lots of articles on Vodacom, Vodafone as well as other Telcos in South Africa. Read more below. 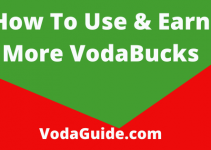 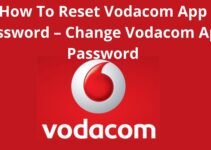 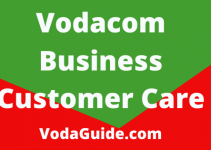