Vodacom offers various voice bundles to its customers, and in today’s guide, we shall provide you with the Vodacom minute deals.

If you are a Vodacom customer and you love making calls, the ideal plan for you is not to pay as you go. Because making calls on pay-as-you-go charges is quite expensive compared to minutes bundles for your daily Vodacom to Vodacom calls.

So, if you are seeking the best plan to make calls on Vodacom, it would be best you subscribe to their minute’s bundles.

Vodacom offers different types of voice bundles depending on their expiration duration, including daily, weekly, monthly, and hourly minutes.

However, depending on the plan that best fits your style, you can choose from available Vodacom voice plans and subscribe to them for your regular calls.

But someone may ask, what are Vodacom minute deals? Well, you can read below to find out.

What Are Vodacom Minutes Deals

Vodacom minute deals voice bundles that customers can subscribe to for their regular day-to-day call. It comes in different packages, including daily, weekly, monthly, and hourly deals. Also, some Vodacom minute packages can be used for calls between Vodacom to Vodacom numbers and Vodacom to other networks.

You can buy Vodacom minutes plans using my Vodacom app and from the official Vodacom website. Usually, for minutes deals, it is only available to contract customers.

For all available, without community deals for contact customers, you can click on the link below to know the current Vodacom deals on contract https://www.Vodacom4u.co.za/packages/. Kindly note that you can also get access to many packages and your Vodacom account on my Vodacom app.

No, Vodacom minutes deals are usually available to contract customers, and if you are on prepaid, you can dial *135# on your phone to purchase voice bundles made for prepaid customers on Vodacom. 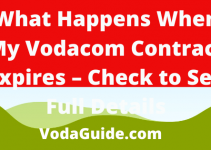 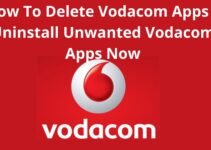 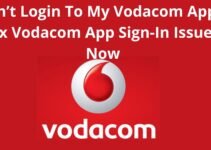