Home
How To Guide
Vodacom Early Upgrade, Steps To Upgrade Your Contract Early

Are you happy with your current Vodacom contract and want to do Vodacom early Upgrade? Here in this article, we have gathered all the details about Vodacom’s early upgrade for you.

We shall highlight all you should know about Vodacom’s early contract upgrade.

Usually, the Vodacom contract’s initial period takes up to 24months, and after the initial period expires, customers are presented with new deals from Vodacom to upgrade/renew their plan or contract.

Nobody would love to miss out on new deals with the latest version of devices, and as a result, you can opt to renew your contract early.

There are several options to do that, but usually, it depends on when the company will allow you do that.

However, with Vodacom’s early plan renewal, you can renew your contract with any of the new offers or deals that Vodacom will present you, and it may take less of your time to complete your early upgrade with the company.

So let’s begin with how Vodacom’s early upgrade works.

What Is Vodacom Early Upgrade

Vodacom early upgrade is the transaction that takes place between a contract customer and Vodacom before the initial contract period expires.

Usually, early upgrade takes place on the 22ndonth before your contract expires.

How Does Vodacom Early Upgrade Works

Here is how Vodacom contract early upgrades work, often when your Vodacom plan initial period expires, you can renew or upgrade your contract.

The early upgrade is where customers choose to renew their contract or plan before the initial period expires.

With Vodacom, early deal upgrades, customers are allowed to renew on the 22nd month of your initial period.

With early contract renewal on Vodacom, it is recommended that you alert Vodacom on your decision, and even that usually on the 22nd month Vodacom release new deals and offers for contract customer to upgrade.

So, you can check your contract status regularly and once you are presented with new offers to renew your contract, you can contact them to find out about how to carry out your upgrade process.

How To Upgrade My Vodacom Contract Early

If you want to upgrade your Vodacom Contract early, follow the steps below:

1. At a point when you wish to renew your Vodacom contract early, contact them on the Vodacom upgrade number here:

2. Discuss with the upgrade department on your intentions to early upgrade your contract.

3. You shall be required to provide all details about your current plan or contract.

4. After your contract has been looked into, and if you qualify for an early upgrade, you is be told when you can do the early renewal.

5. You shall be told all the terms and conditions involved.

6. Kindly make sure you understand each of their terms and contact regarding early upgrade before accepting the offer.

7. Once everything between Vodacom and yourself is clear, you shall be told when you can perform your early renewal.

That’s is how you can do Vodacom early renewal.

When Can I Do An Early Upgrade On Vodacom

Usually, an early upgrade on Vodacom can be done from the 22nd month of the initial period on your current contract, but the company holds the ultimate right to give you time where you can do an early upgrade.

That is all you need to know about the Vodacom contract early renewal.

It is recommended that any time you want to sign up for the services you will read all the terms and conditions regarding it and make the best choice.

Also, you must ask for more information from the right source which is the Vodacom contract department to know how you can carry out such a process.

This easy and simple Vodacom Guide Was Last Updated on December 6, 2022 by Voda Guide

Please you are encouraged to visit this Telcom guide “https://vodaguide.com/vodacom-early-upgrade/” regularly for updates and any possible changes that we may make to the article. In this month of March 2022, we are going to guide you step-by-step with lots of articles on Vodacom, Vodafone as well as other Telcos in South Africa. Read more below. 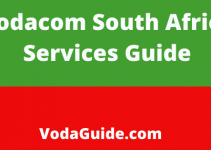 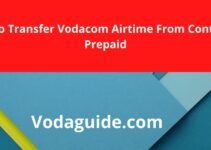 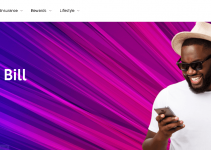